Fund our resistance to tyranny...

"Fraud Vitiates Everything" is a catchy phrase bandied about regarding the 2020 election. However, there is the admitted fact that the pandemic was premised on a preponderance of fraudulent reports and subsequent assumptions about the "growing body of evidence".

The title of this post comes from Lord Denning’s infamous statement in Lazarus Estates Ltd v Beasley that:

Lazarus was a landlord and tenant case, where one of the issues was whether the landlord had carried out repairs to the value that was being claimed from the tenant.

In my view, there are certainly parallels to be drawn with some of the adjudications that I’m seeing nowadays, where parties are arguing that an otherwise valid payment notice should not be complied with because of fraud.

I’m increasingly seeing parties claiming that interim payment notices contain amounts that relate to works that have not been completed, or to goods that have not been supplied, as alleged. This raises the question of whether this amounts to fraud or fraudulent misrepresentation. Although it is Lord Denning that is often quoted (as above), I think the words of Parker LJ are just as pertinent:

For ease, I’m going to suggest a simple example. In its interim application for payment number four, out of the total of £100,000 applied for, the contractor included a sum of £20,000 for works it had not finished. The employer and the contract administrator were unaware of this (please don’t question why this is) and so a payment notice was issued for the full £100,000 (less the usual deductions). No pay less notice was issued and the employer paid what was due.

We all know that section 110A of the Construction Act 1996 requires a payment notice to include the sum that the employer “considers to be or to have been due at the payment due date”. It is the same for a default payment notice under section 110B. In my example, can we truly say that the Act has been complied with if the contractor knows incomplete works are included in the interim application? And can we go so far as to say that the inclusion of the £20,000 is fraud or fraudulent misrepresentation?

What is fraud and fraudulent misrepresentation?

Fraud covers a wide range of activities involving dishonest or criminal conduct. In most cases, I’m sure it is obvious, once you know where to look.

However, fraudulent misrepresentation may be more difficult to spot.

It was defined more than 100 years ago in Derry v Peek as being a false representation that was made knowingly, or without belief in its truth, or recklessly as to its truth.

An action for fraudulent misrepresentation is founded on the tort of deceit. The Court of Appeal summarised the ingredients of that tort in Eco 3 Capital Ltd v Ludsin Overseas Ltd as:

Taking my simple example, it is certainly arguable that these four ingredients are present, and so you can see why parties are raising the issue.

But it’s not so easy, in practice

The burden of proving fraud is a high one and a number of cases have looked at what is necessary. This includes Akenhead J in SG South Ltd v King’s Head Cirencester LLP, where he made it clear that you can allege fraud in adjudication proceedings, just like in arbitration or court proceedings, and set out a number of basic propositions:

Fraud or deceit can be raised as a defence in adjudication provided that it is a real defence to the claim.
If fraud is raised to avoid enforcement, or to support an application to stay execution of the judgment, it must be supported by clear and unambiguous evidence and argument.

There is a distinction between allegations of fraudulent behaviour, acts or omissions that were or could have been raised as a defence in the adjudication and allegations that emerge afterwards. In the former case, if the allegations were adjudicated upon, the adjudicator’s decision is enforceable.

If allegations of fraud emerge afterwards, there is a difference between fraud that:

It is what he said at paragraph 21 that is really interesting:

In GPS Marine Contractors Ltd v Ringway Infrastructure Services Ltd, it was argued that in the adjudication, GPS had “acted recklessly” as to the truth of statements it had made, rather than “with deliberate dishonesty”. However, Ramsey J held that the adjudicator’s decision had not been obtained by fraud. In doing so, he considered Akenhead J’s propositions from SG South.

In ISG Construction Ltd v Seevic College, Edwards-Stuart J held that lack of a pay less notice meant the employer had agreed the value of the works the contractor claimed in an interim certificate. He went on to say that:

Akenhead J also looked at the issue in Henia Investments Inc v Beck Interiors, where he suggested that:

What does this mean?

I don’t think there is a clear answer. As is so often the case, each situation is different and will turn on its own facts (when doesn’t it?). I can’t say whether, by claiming £20,000, the contractor in my simple example has committed a fraudulent act or is guilty of fraudulent misrepresentation. As Akenhead J said, it could be “a simple and honest mistake in the formulation of the claim”. I would need to investigate the circumstances further. 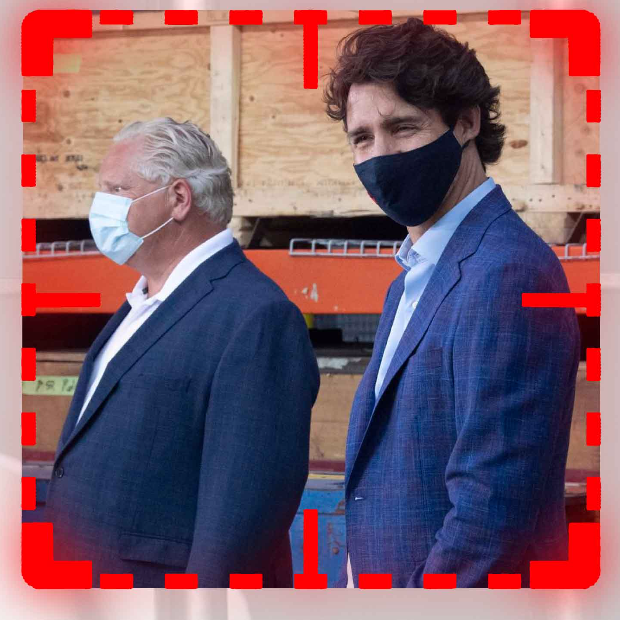